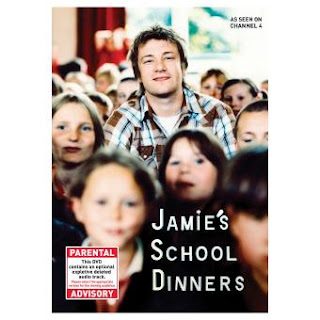 Wikipedia: Jamie's School Dinners was a landmark four-episode documentary series broadcast on Channel 4 in the UK from 23 February to 16 March 2005. The series was recorded between spring to winter 2004, in which it featured TV chef Jamie Oliver attempting to improve the quality and nutritional value of school dinners at a typical British school, Kidbrooke School in the London Borough of Greenwich — a goal which ultimately lead to a broader campaign (called Feed Me Better) to improve school dinners throughout Britain.